The Japanese Ambassador to Ireland, H.E. Mrs. Mari Miyoshi visited Dublin City University on the 10th October to meet with DCU’s Japanese students. Mr. Paul Smith, Director of DCU’s International Office welcomed the Ambassador and highlighted that 2017 marks the 60th anniversary of the establishment of diplomatic relations between Ireland and Japan. DCU has strong partnerships with many universities in Japan for exchange, study abroad and English language programmes.

The Ambassador gave an overview of the role of the Embassy along with social and cultural advice to an audience of 85 Japanese students.

‘‘Considering the number of Japanese students studying in DCU, we really think it was a great opportunity to reach out and connect with them.’’ said Mrs. Miyoshi.

Accompanying the Ambassador on this visit was Mr. Sato, Officer of the Japanese Embassy, who spoke about consular and security matters.

It was a great honour to host such distinguished visitors to our campus. 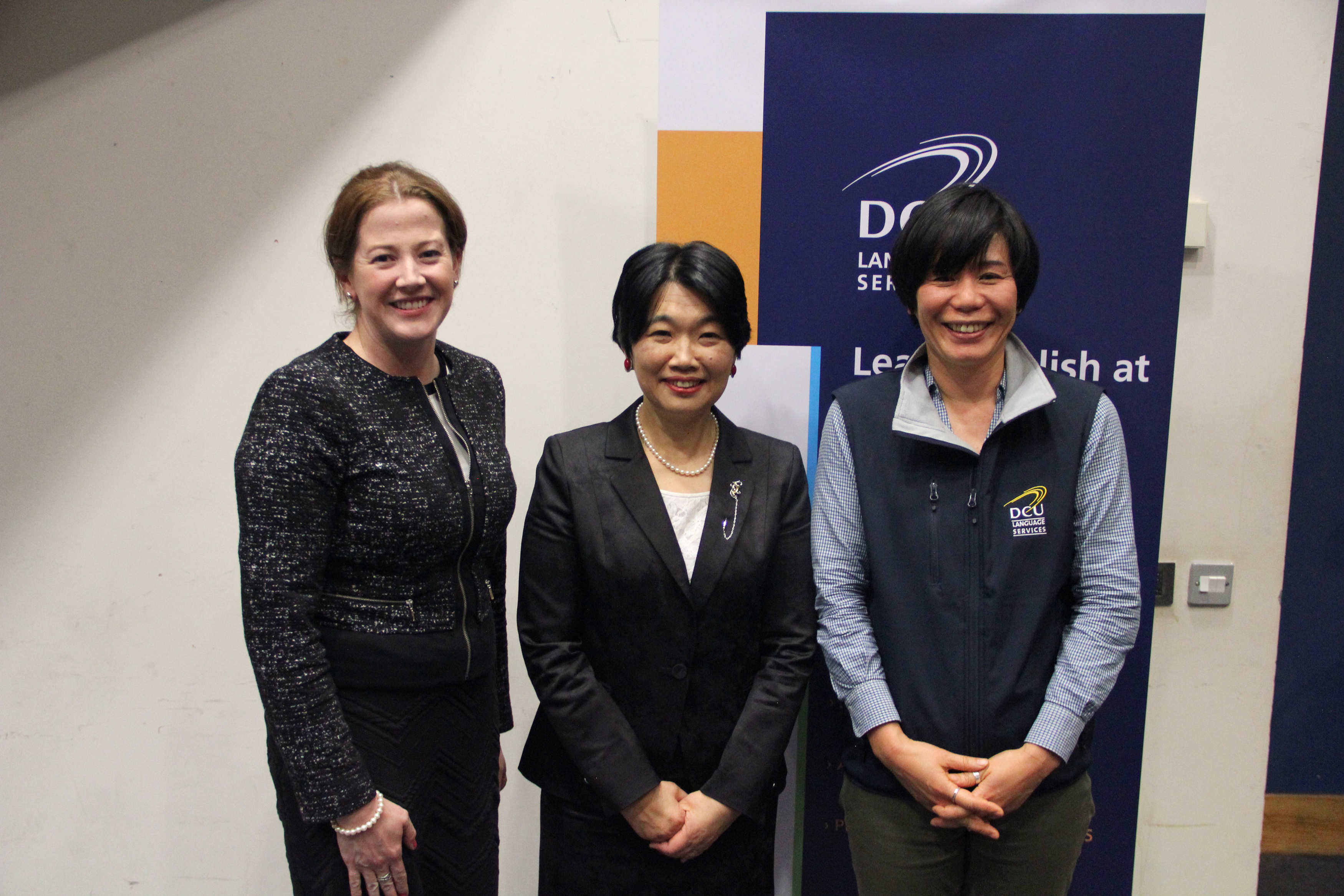 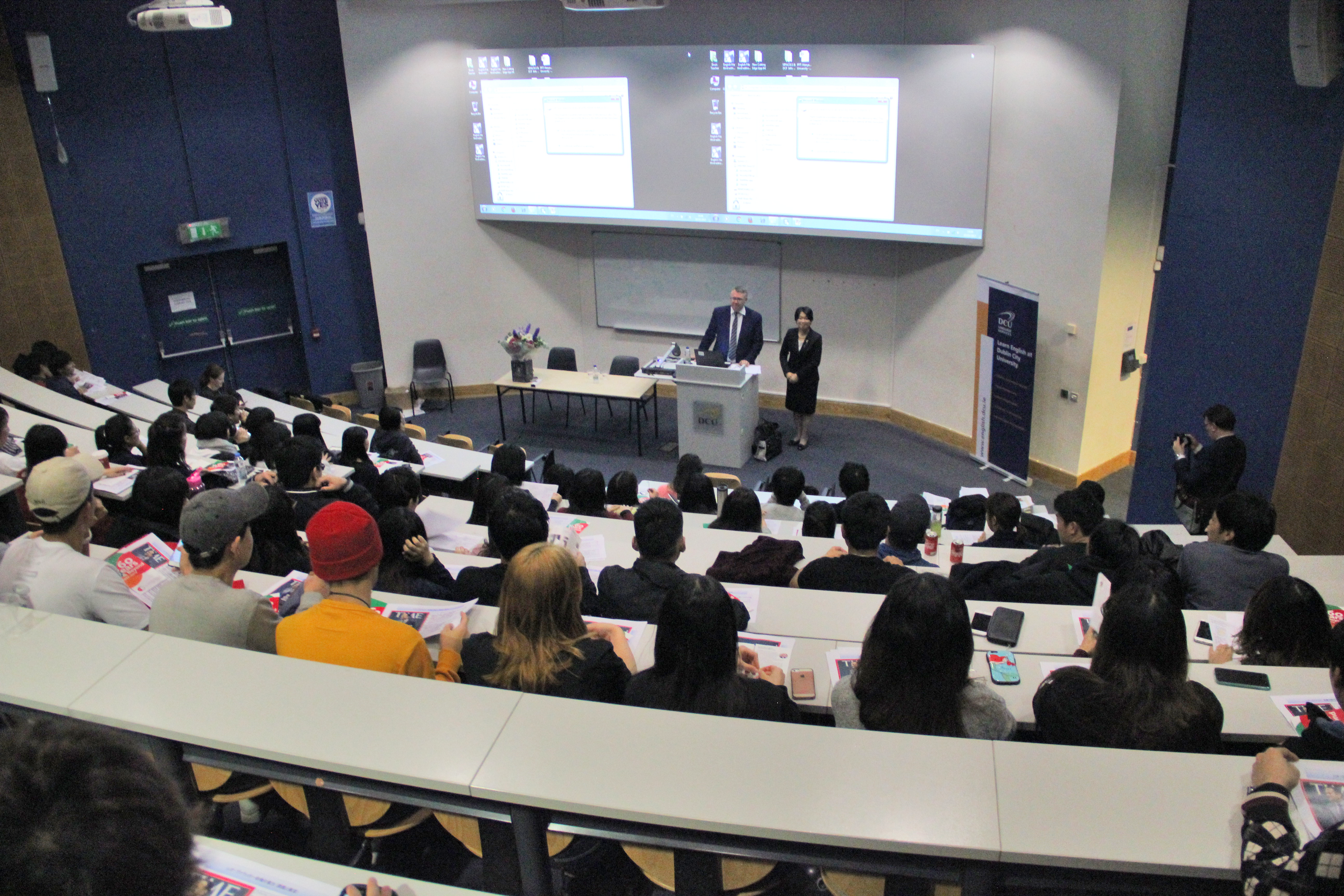 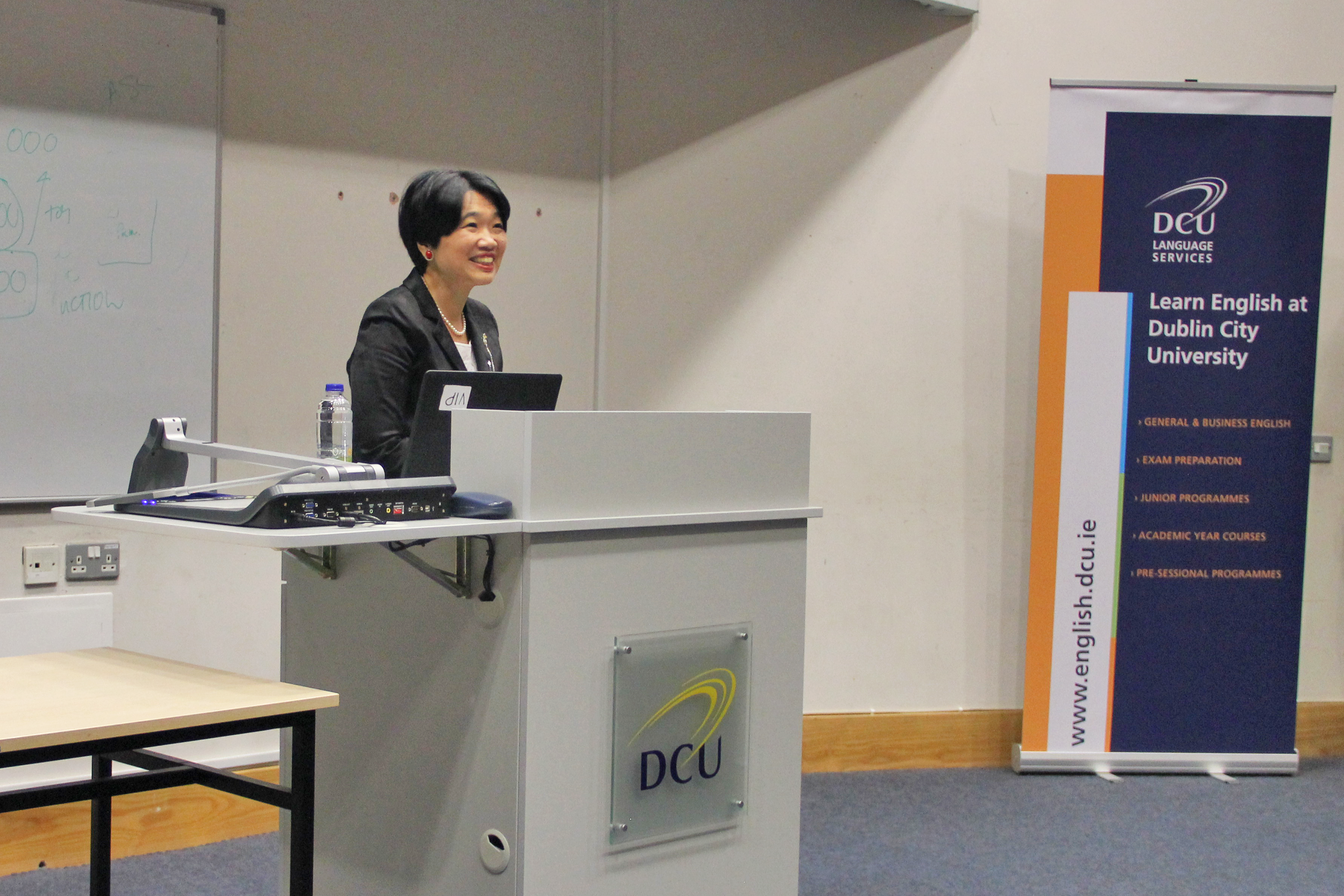 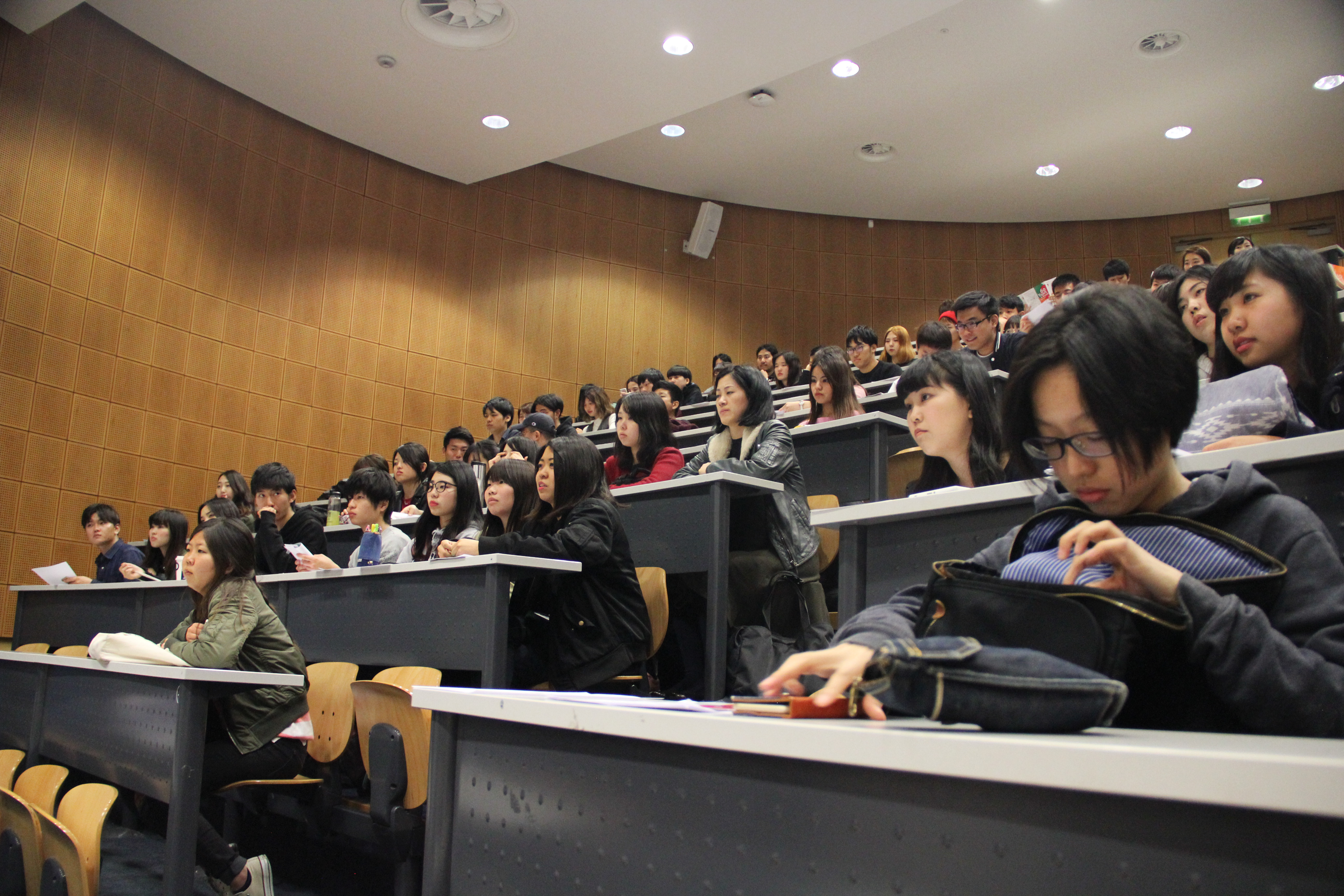 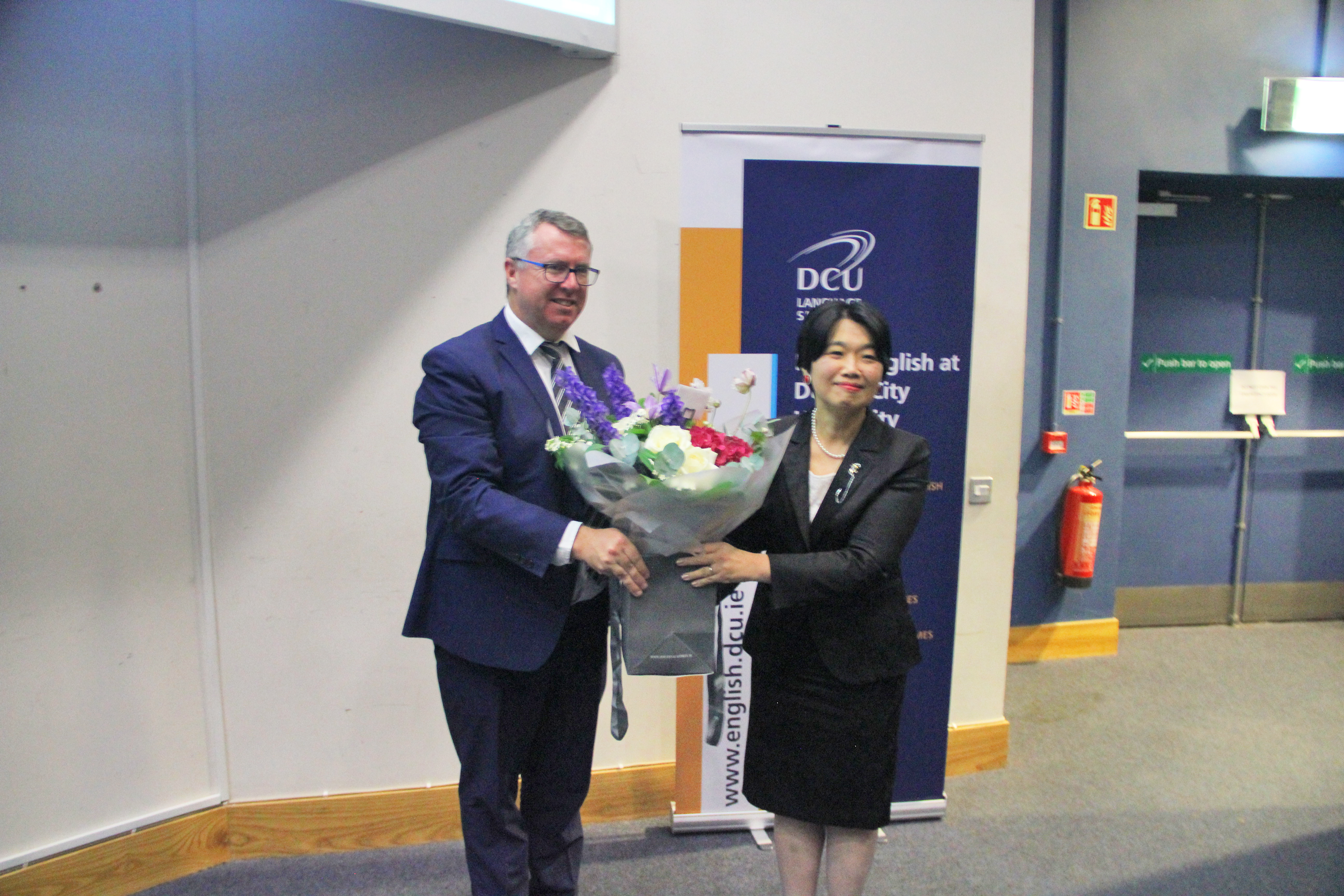 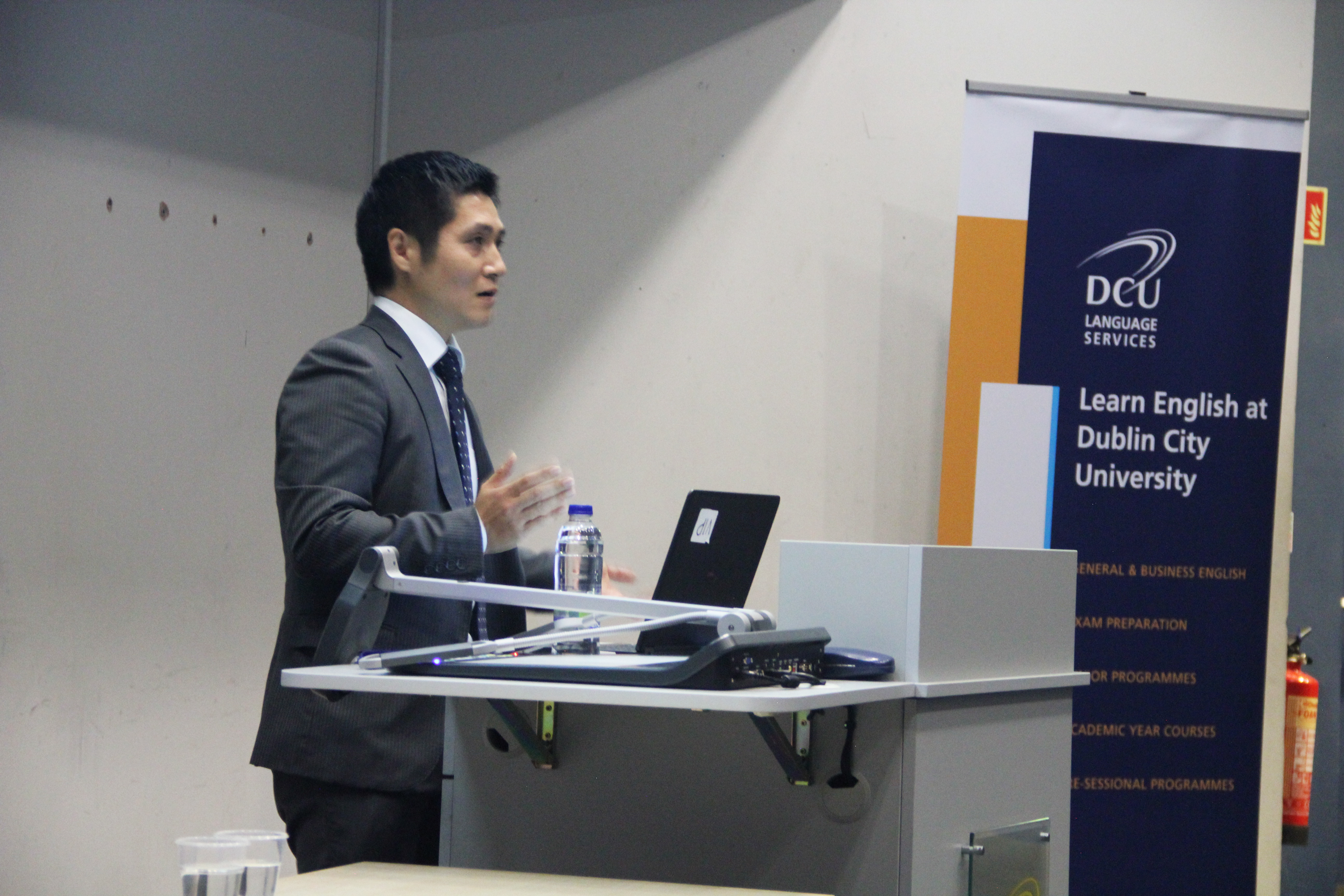